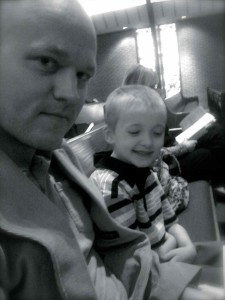 Dr. BJ Brooks has composed hundreds of works for ensembles, solo performers and the electro-acoustic medium. His music is enjoyed by a wide range of performers, from military bands to beginning ensembles around the world. His scores have been honored with numerous awards, has been included as educational material at several universities, is included in the acclaimed book series Teaching Music Through Performance in Band, is found on several repertoire lists including Texas’ PML, and has been featured at numerous conventions such as TMEA, TBA, CBDNA, The Midwest Clinic, and the International Society for Contemporary Music. BJ is an active clinician and adjudicator with concert ensembles and marching bands across the Southwest. A complete listing of his band works is located in The Heritage Encyclopedia of Band Music.

Dr. Brooks is the Assistant Artistic Director of the Amarillo Youth Choirs and Associate Professor of Music Theory and Composition at West Texas A&M University in Canyon, Texas. There he resides with his wife, Melanie, and two children, Meghan and Tobin.